Recently, I saw a woman at my office who’d been prescribed a brand name Bio-identical estradiol gel. She didn’t come to see me for hormone therapy but she mentioned that the gel wasn’t improving vaginal dryness. I suggested she change to a compounded bio-identical estrogen preparation. 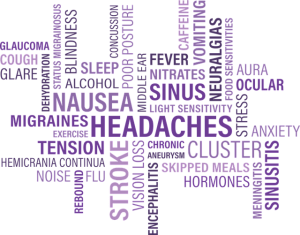 She was hesitant at first because the gel was covered by her insurance and prescribed by a trusted medical doctor. I explained why I thought she should switch and in the end, she was very happy she did. Not only did it resolve the vaginal dryness, but the muscle aches and pains that she had come to see me for did as well. This case example illustrates what compounded bio-identical estrogen can achieve as compared to pharmaceutically prepared estrogen.

What is compounded bio-identical estrogen?

Bioidentical estrogens are made from natural soy and are synthesized to be identical to the hormones that are made in your body. This is true for both compounded estrogen and pharmaceutically prepared estrogen. The difference is that pharmaceutical brands are solely estradiol. There is a third type of estrogen is called estrone which is never used because it is associated with an increased risk of breast cancer. Compounded bioidentical estrogen is a combination of two types of estrogen; estradiol and estriol.

There is a third type of estrogen is called estrone which is never used because it is associated with an increased risk of breast cancer. Compounded bioidentical estrogen is a combination of two types of estrogen; estradiol and estriol.

What’s so special about estriol?

Compounded estrogen preparations are usually 80% estriol and 20% estradiol. Lots of estriol, right? Estriol is by-product of estradiol and has been overlooked for years being considered too weak of an estrogen to matter. However, studies suggest it reduces hot flashes, eliminates vaginal dryness, and increases bone density.

In my practice, I’ve seen it resolve frequent urinary tract infections, migraines, and it makes skin glow! Interestingly, a pregnant woman produces predominantly estriol. It’s not completely understood why but we all know the glow of a pregnant woman and how joyful she can be despite carrying a heavyweight in her belly. I’ve been told many times by women of that their migraines, depression, anxiety, and pain disappeared in pregnancy. Could it be the estriol? I think so.

Estriol may be a weak estrogen but is effective at controlling menopausal symptoms in combination with a little bit of estradiol. Its strength may be found in its weakness. There has never been one study associating estriol with breast cancer. This makes sense because if estriol did increase the risk, a lot of pregnant women would be diagnosed with breast cancer.

Estriol is protective against breast cancer because it binds to breast cells but has a weaker effect than estradiol. By binding to receptors in the breast, estriol blocks the sites and estradiol can’t bind. And that’s a good thing because estradiol has been associated with an increased risk for breast cancer and it’s estradiol alone that is used in pharmaceutical preparations.

Why use estradiol in compounded bioidentical preparations?

Estradiol is a stronger estrogen so usually, estriol alone is not enough to control the uncomfortable symptoms of perimenopause and menopause, especially hot flashes and night sweats. Since estriol blocks, estradiol and its metabolite, estrone, from binding to breast tissue, a combination of a little bit of estradiol with a lot of estriol is the perfect prescription for the troubling symptoms of perimenopause and menopause.

Stay tuned for my next article when I explain progesterone and testosterone, role in a bio-identical hormone prescription.